On Sunday, November 7th, members of the sixth class of Young Ambassadors to HLF, attended a program where they learned about different avenues to a potential career in the hockey world. 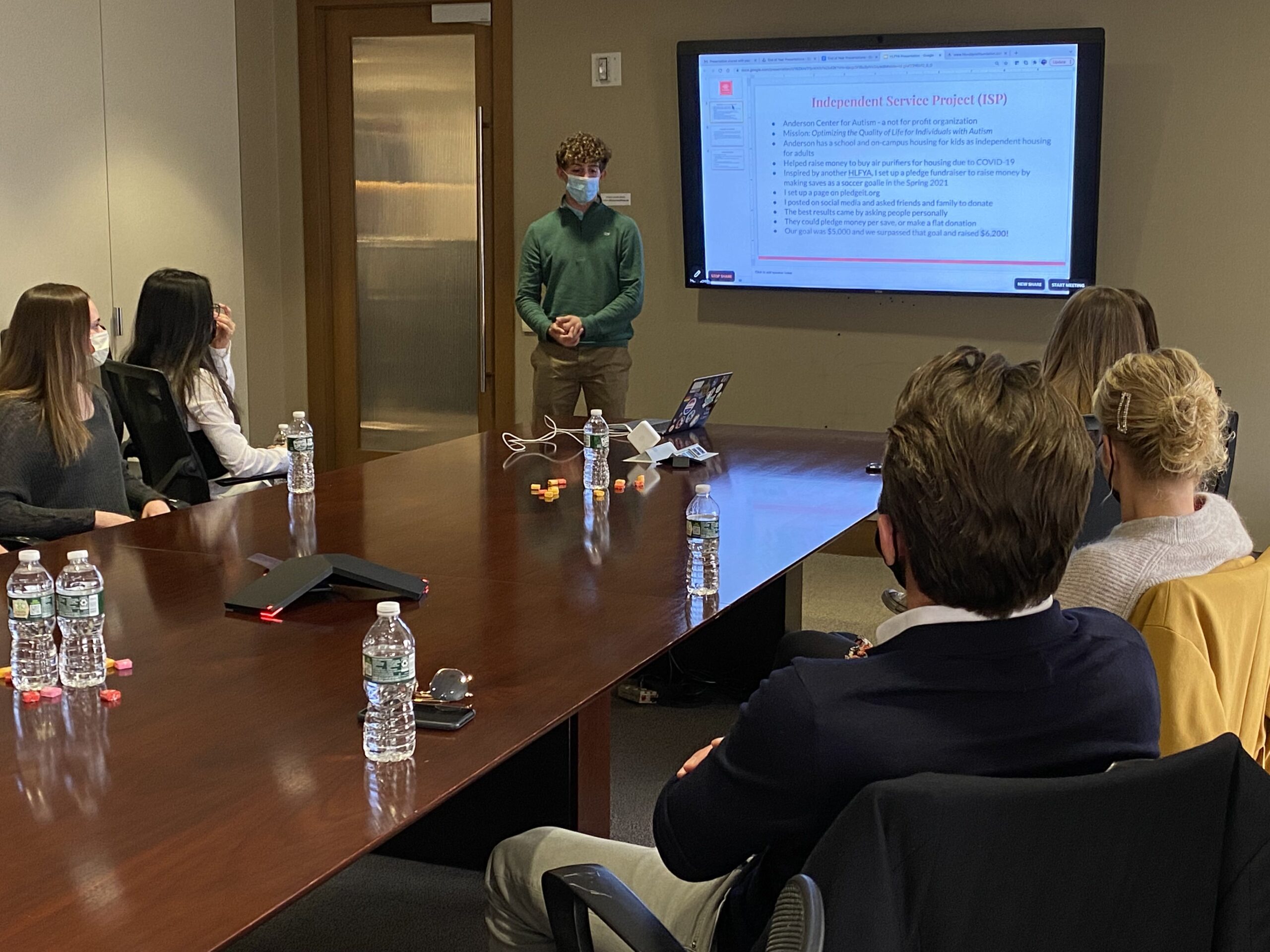 On Sunday, November 7th, members of the sixth class of Young Ambassadors to HLF—a group of passionate community servants from across the tri-state and D.C. metro areas—attended the program’s culminating event at Madison Square Garden offices.

At the event, Young Ambassadors were introduced to HLF Co-Founders Henrik and Therese Lundqvist, along with Senior Program Director Meredith Wolff and Executive Director Johanna Bialous who they met in-person for the first time. Young Ambassadors had an insightful career chat with Taylor Harmon of Madison Square Garden Company, during which they learned about different avenues to a potential career in the hockey world. Then, HLFYA Alumni President Allen Magie presented to the graduating Young Ambassadors, speaking about his personal community achievements and encouraging them to continue with their altruistic efforts on an even larger scale. Afterwards, Young Ambassadors each presented to Henrik and Therese about their work as a part of HLF, including their independent service projects, community presentations, and their volunteer activities throughout the year. Finally, following their presentations, Young Ambassadors did some Q&A with Henrik, took photos together, and got the opportunity to receive autographs from Henrik.

Throughout the meeting, Henrik motivated Young Ambassadors to keep up their dedication to making the world a better place and congratulated them on their creative and impactful projects that navigated through unprecedented circumstances and embodied HLF’s mission and. On the whole, it was an excellent concluding event for a very unique class of Young Ambassadors.