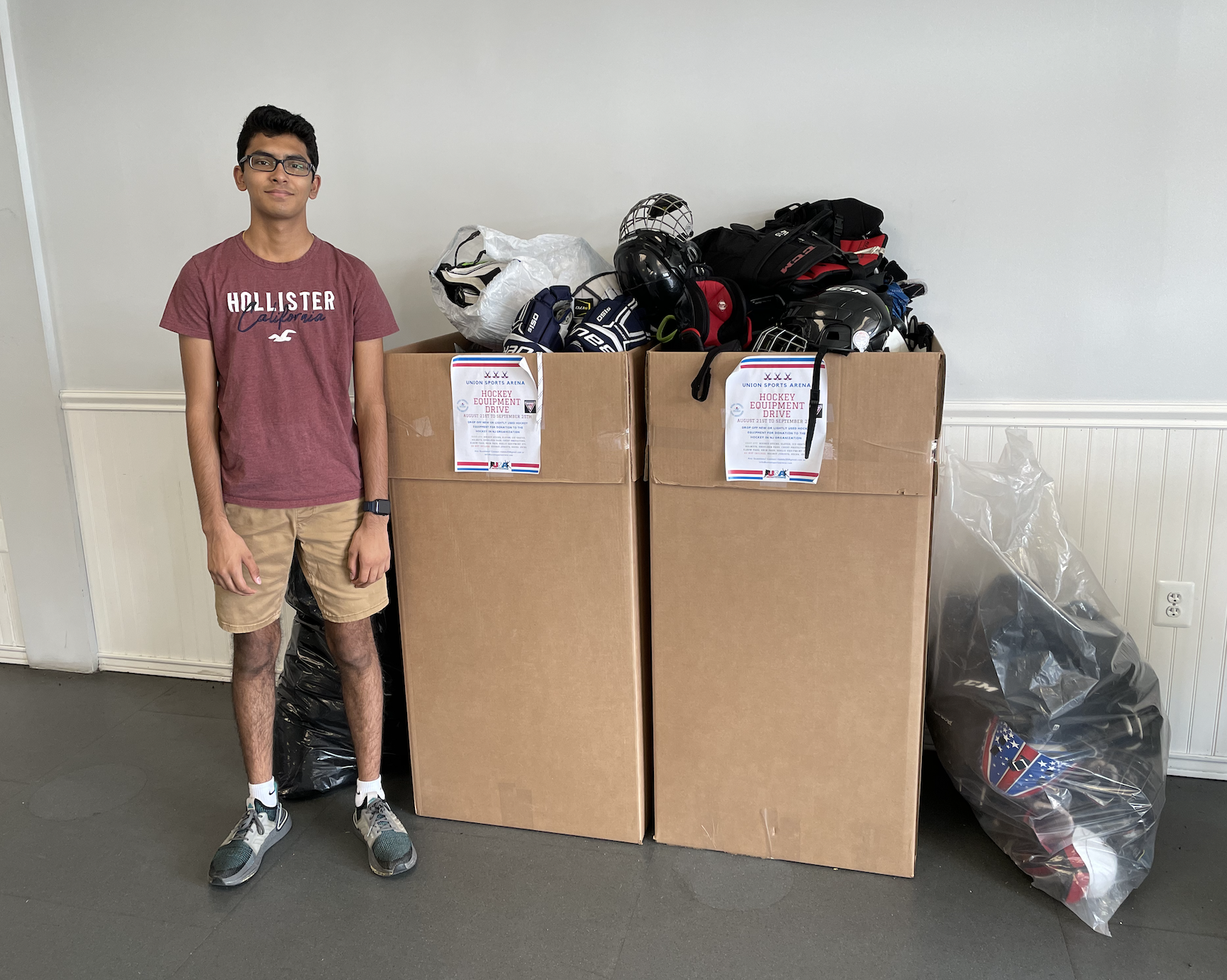 Playing ice hockey provides many indispensable advantages to youth: it keeps them physically active in an engaging and enjoyable way; it expands their social network and gives them the opportunity to build relationships with teammates and coaches; it serves as a memorable part of their childhood, providing fulfillment, passion, and relief from other stress factors in life; most importantly, hockey teaches key life skills of teamwork and communication. Despite its many proven benefits, ice hockey is not accessible to many aspiring young players due to extremely high equipment costs, which can reach up to $500, $1,000, or perhaps even more depending on the level at which one is playing.

To combat this inequity and ensure the provision of equipment to players whose families cannot afford it, HLFYA Raghav Ladda initiated an ice hockey equipment drive in partnership with Twin Oaks Ice Rink and Union Sports Arena to collect new and lightly used gear to be donated to Hockey in New Jersey, an organization based in Newark which runs many youth hockey programs and distributes quality equipment to players.

Raghav commenced his organization efforts at the end of June, reaching out to rinks to potentially collaborate with and researching possible beneficiaries of the project. As the summer progressed, he created flyers to promote the project, finalized a timeline with the two collection centers, arranged for collection boxes and storage space, and then ultimately began the drive on August 21st.

On the morning of Saturday, October 2nd, the equipment was delivered to the Ironbound Recreation Center in Newark, NJ where it was warmly received by the Hockey in NJ organization. Raghav was thrilled to see the positive impact the project will have on so many young hockey players who can play the sport they love without feeling concerned about equipment costs. He would like to thank those who supported and assisted him in conducting the drive, Mr. Bruce Driver at Twin Oaks Ice Rink, Mr. Ken Anderson and Mr. Marty Anderson at Union Sports Arena, and Mr. Dennis Ruppe at Hockey in NJ for helping make these efforts possible.